Ilaiyaraaja a gem of a person : Singer Shilpa Rao

From singing advertising jingles to becoming a playback singer, Shilpa Rao has moved up the success ladder in a very short time. In 2006, she recorded her first film song “Saiyaan Re…” for the film ‘Salaam-e-Ishq’ and then went on to perform songs for films like ‘One Two Three, The Train’ (“Gupchup…”), Aamir (“Ek Lau…”) and Dev D (“Dhol Yaara Dhol…” and “Ranjhana…”). 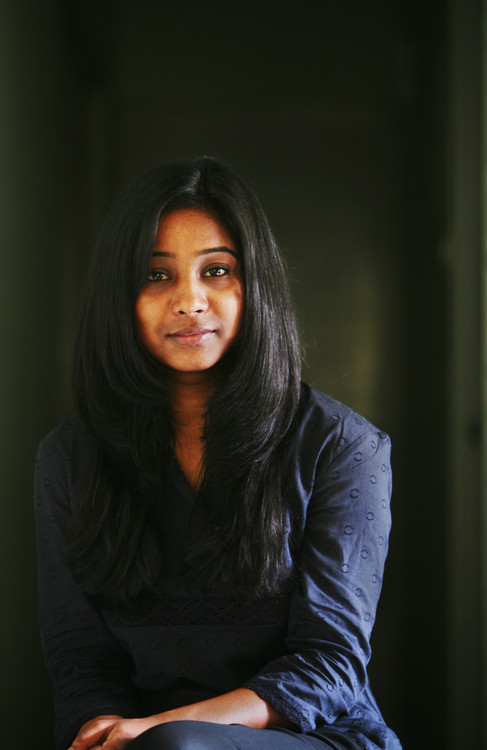 One of the most prominent singers amongst the recent lot of young, little-known singers sweeping through Bollywood Shilpa Rao has created a niche for herself with “Mudi Mudi…” from ‘Paa’ which is currently riding the popularity charts.

From ‘Ek Ajnabee’ to ‘Paa’, how would you define your journey in the music industry?

I should say I’m fortunate that I got to work with big names like Vishal Shekhar and Shankar Mahadevan. So far, it has been a warm experience and I’m enjoying every bit of it.

When you got to know that you would be singing for Ilaiyaraaja in ‘Paa’, what was your reaction?

It came to me as a pleasant surprise. It was Swanand Kirkire who trusted me enough and suggested my name to the music maestro Ilaiyaraaja and R Balki. Swanand told to me compile all my work in a CD and give it to Ilaiyaraaja and thereafter things kept falling in place.

And then when you finally recorded ‘Mudi Mudi…’ how was the experience?

I was constantly under pressure to give my best but as the recording went on I felt at ease. The song itself was challenging because the way lyrics were written, it wasn’t that easy to croon. But when Swanand, Ilaiyaraaja and Balki discussed the way it should be recorded and the way they wanted it done everything went on smoothly.

How was your working experience with Ilaiyaraaja? And did he give you any tips for recording?

I think he is very calm and gem of a person. While working with him I never realized that I’m working with such a senior person.

Even when I was recording ‘Mudi Mudi…’ I was initially nervous but Ilaiyaraaja Sir never let me feel as if I was working with a senior. He is basically a very chilled out guy. I think working with him was my career’s high point.

And now along with the film ‘Mudi Mudi…’ too is a big hit, how are you feeling?

In one word – Superb! Moreover, I’m happy that people loved the film too.

Tell us a bit about yourself. Your background is bit of a mystery to many…

I’m basically from Jamshedpur where I did my schooling and then moved to Mumbai and was in Xavier’s. During this time, I had done couple of concerts with Shankar Mahadevan, which was a great experience. In fact, Shankar gave me my first break in ‘Salaam-e-Ishq’ with the ‘Saiyaan Re…’ song. He also guided me on how to start with play back singing and told me to start with ad jingles and also gave me contacts. It was a good learning experience that taught me a lot.

Was becoming a playback singer your ultimate dream?

I don’t think it was my ultimate dream but yes I grew up in a musical atmosphere at my home. It was in 1997 when Hari Haran discovered that I had a knack for singing and from then on I started taking a keen interest in music. I also learnt music from my dad S.V.Rao who is a professional singer and he is a great help. However, I feel I am still learning as I feel one should always keep updating oneself with new music.

What kind of songs do you personally enjoy?

It generally depends on my mood. But yes, I do listen to a lot of classical songs and when I was in college I heard lot of rock songs. Right now, I’m listening to the Sting Live album, which has an amazing blend of rock songs.

Is it true that you are coming up with your own Band?

Yes, I’m forming the band but it will be more for live performance of my own songs. It’s still at a preliminary stage so I can’t talk much about it.

What are the other projects in the pipeline?

There are a couple of projects but I can’t talk much about them at the moment. So, you have to wait for some time.