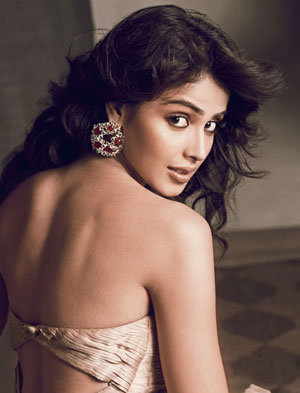 She looks elegant on the cover. Here are some pictures of Genelia D’Souza on the Verve Magazine.

Checkout exclusive photos of  other actress in Magazines covers.