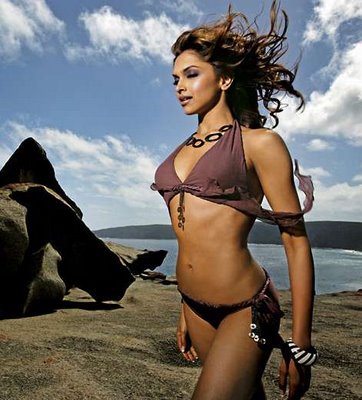 Another actress to join the bikini babes club is Deepika Padukone who is ready with her dare-to-bare act in Sajid Khan’s ‘Housefull’. Earlier, it was Lara Dutta and Jiah Khan who were supposed to wear bikini in the film, but Sajid Khan had a sudden change of mind and decided to have all the three actresses of his film don bikini.

While, Lara Dutta and Jiah Khan have donned bikini before, but seems like ‘Housefull’ will be the first for Deepika.

Well seems like this one won’t be tough to pull, as Deepika has a fabulous bod to carry the bikini with ample grace.

Hmm… Looks like it is going to be a bikini fest with Lara, Jiah and Deepika scintillating audience in ‘Housefull’.