January 16, 2009 will mark Chandni Chowk to China as the widest U.S. release ever for a Bollywood film. The movie, stars Akshay Kumar and Deepika Padukone in the lead roles. This movie is being released by Warner Brothers to open on more than 125 screens in more than 50 markets. 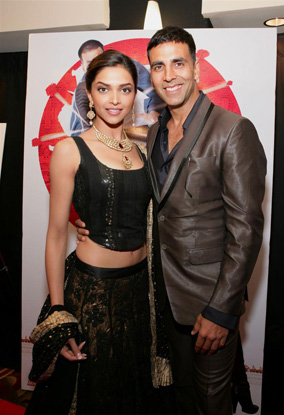 Warner Bros first mass-marketed Bollywood film was shot in India, China and Thailand; is being released nearly simultaneously around the world

It is described as `the first-ever Bollywood Kung fu comedy.

Next post: Ana Ivanovic – The Most Beautiful Tennis Player