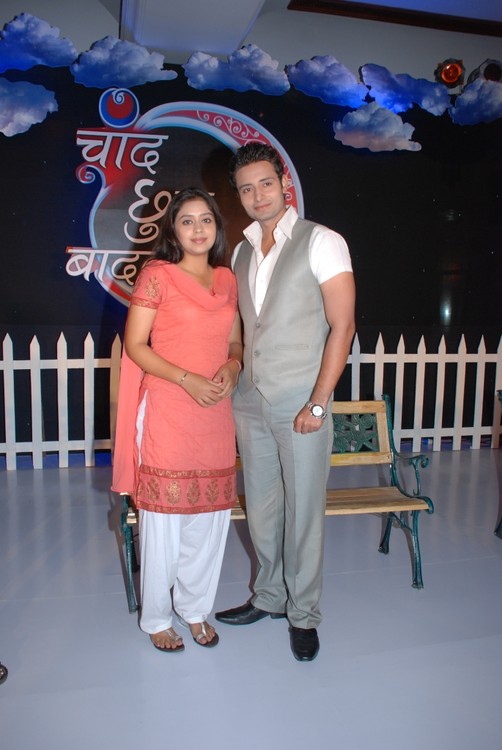 The boy is head-over-heels in love with the girl, puts his heart and soul into wooing her and eventually the girl ends up falling in love with him…This is the way in which most – if not all – love stories unravel. But, here is an exception! Siddharth and Nivedita are made for each other and are meant to be together but it is easier said than done. Nivedita, from Star Plus’ latest offering ‘Chaand Chupa Badal Mein’, is a simple middle-class girl who, due to circumstances in her life, has built a strong wall around her heart forbidding anyone from coming too close to her. She does not even acknowledge love or realize that romance does exist in the world! On the other hand is Siddharth, the scion of a business family, who is completely oblivious to his own feelings for Nivedita. The story goes on to gradually reveal the underlying chemistry that exists between Nivedita and Siddharth and Nivedita’s self imposed restraint. Starting June 28th, to be telecast Mon-Fri at 8p.m, this show will present the audience with a totally different perspective on love and relationships. 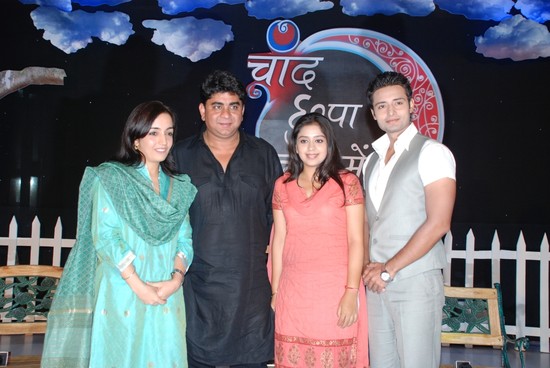 Legendary Poet & Lyricist, Javed Akhtar, beautifully introduced the show with a recitation in his inimitable style. Mr. Akhtar will also lend his captivating voice to the on-air promotions of the show.

Shot in the beautiful environs of Himachal Pradesh, ‘Chaand Chupa Badal Mein’ narrates the story of Nivedita and Siddharth. The show revolves around how Nivedita’s self- imposed restrictions and resistance towards love, prevent her from committing to a relationship with Siddharth. The character of Nivedita is played by Neha Sargam from Patna whose talent got remarkably noticed when she participated in Indian Idol 4 and Siddharth’s role is played by Abhishek Tewari from Dehradun.

Commenting on the show, Anupam Vasudev, Executive Vice President, Marketing & Communication, STAR India, said, “’Chand Chupa BadalMein is the story of an ordinary middle class girl denying herself love. The show is being produced by Rajan Shahi that has given the channel break-through concepts and promises to deliver on the new Star Plus values by breaking the clichéd portrayal of love to a more realistic one, that should resonate with women audiences of today. ‘”

Producer, Rajan Shahi said, “After ‘Sapna Babul Ka Bidaai’ and ‘Yeh Rishta Kya Kehlata Hai’, ‘Chaand Chhupa Badal Mein’ is the third show of my company Director’s Kut Production is doing with Star Plus. It has been a very enriching, valuable and rewarding experience working in collaboration with Star Plus. As a producer I have tried my best to put across the best team of actors, technicians, creatives and add elements which are unique and I hope the audience connect to the simplicity of the story telling and characters. I am happy that Star Plus has chosen ‘Chaand Chhupa Badal Mein’ as one of the new shows to be launched with ‘ Rishta Wahi, Soch Nayi’.”