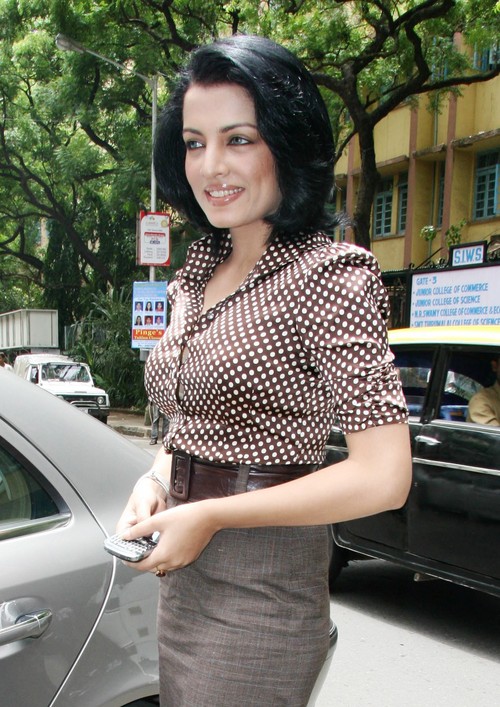 Celina Jaitley is well known for her contribution towards the emancipation of marginalized section of society and she has gone an extra mile recently. She gave her support to one of the best friends the Guru of Hijras Laxmi Narayan Tripathi for country’s first Eunuch beauty pageant called ‘Indian Super Queen’.

This news was disclosed at the World AIDS Day function, which was held at Thane, Mumbai where Celina was the guest of honor.

Laxmi Narayan, the CEO of 12 Noon entertainment, and the organizer of the pageant confirmed the news and say, “Yes, we (12 Noon entertainment) along with a corporate house called V-Care decided to dedicate a beauty pageant solely to eunuch community. And I feel extremely proud to have my friend Celina and Salman Khan, who could not make it today, to support us for this initiative.”

Celina too sounded very excited about the whole venture and says, “Such initiatives prove- beauty is not just confined to skin show. It’s the soul, which should be beautiful, and I am sure everyone who would be walking the ramp is a great soul. I wish my friend Laxmi luck and my support is always with her.”

The Grand Finale of Indian Super Queen pageant is to be organized in the month of January on the 30th at either New Delhi or Amsterdam. The semifinals for the same would be held at the Grand Hyatt, Mumbai.

Previous post: Genelia and Divya Dutta had a rocking time