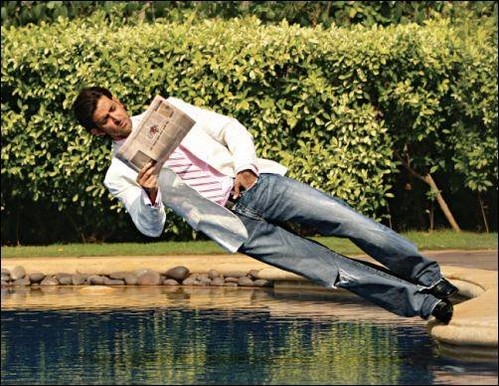 Roshan is married to Sussanne Khan (who is now Sussanne Roshan), his high-school sweetheart and daughter of Sanjay Khan. The couple had their first child, a baby boy, on March 28, 2006 was named Hrehaa.

Hrithik made his film debut as a leading actor with the blockbuster Kaho Naa… Pyaar Hai (2000). His performances in films like Koi… Mil Gaya (2003), Krrish (2006) and Dhoom 2 (2006), being his biggest commercial successes so far, and winning him many Best Actor awards each.

Jodhaa-Akbar is the Hrithik’s forthcoming film, to be released in 2008. It is being directed and produced by Ashutosh Gowariker,the director of Oscar-nominated Lagaan.

We wish the star a beautiful birthday on behalf of his fans around the world.