Slumdog Millionaire is sucking awards like anything along with it’s A.R. Rahman’s soundtrack, one of India’s best known composers.

The film’s score snagged Critic’s Choice Awards last week and a Golden Globe on Sunday, a clear front runner for an Oscar. 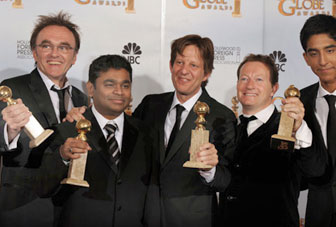 His soundtracks gained him recognition in the Tamil Nadu film industry and across the world for his stylistic versatility in his pieces including in Western classical, Carnatic, Traditional/folk, jazz, reggae and rock music. 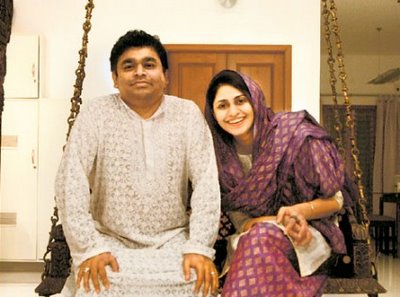 From his humble beginnings, Rahman swiftly became one of Bollywood’s biggest from Tamil Nadu, and now to Hollywood with Slumdog Millionaire.

A.R.Rahman is married to Saira Bano. The couple have three children, Khatija, Rahim, and Aman.

Next post: Ghajini Crossed 200 Crores at the Box Office