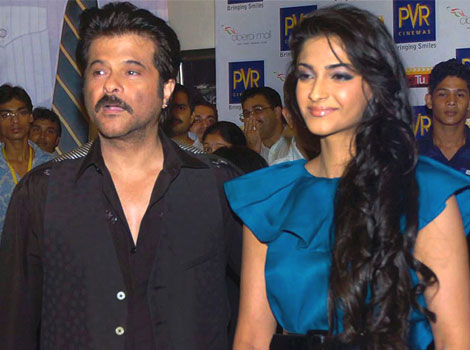 Anil Kapoor declares himself a proud father of a daughter Sonam Kapoor as according to him Sonam has kept a tap of the traditions and is following them religiously. Yes, Sonam stepped into the shoes of her father by purchasing a brand new Audi car whose 1988 model was purchased by papa Kapoor.

Our source informs, “Sonam had purchased a brand new Audi car and the novel thing is that the actress had invested her own hard earned money for her new car. Both father Anil and daughter Sonam was present at the launch in Delhi.”

Source goes on, “Anil Kapoor stated at the event that he was the first Bollywood actor in the industry to buy an Audi car in the year 1988 and it feels good that today my daughter is also buying an Audi and that too by her own earnings.”