Amitabh dubs his voice for Ilayaraja 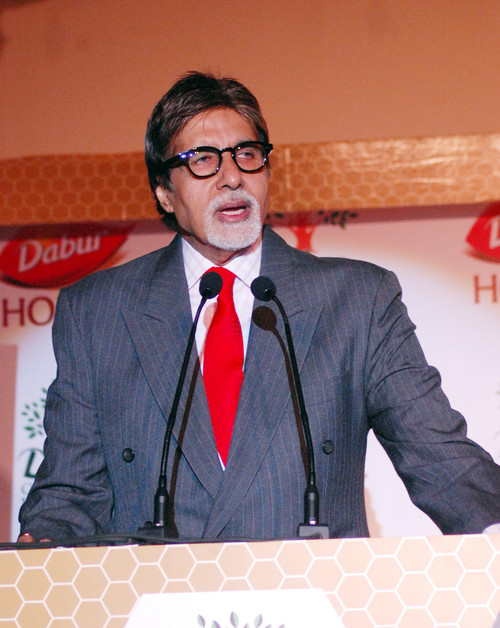 It was meant to be a recording by proxy. Amitabh Bachchan had recorded the title song of Paa in the incredibly juvenile voice of his character Auro.

And he did it at Aadesh Shrivastava’s studio two weeks ago, rendering the track sent by Ilaiyaraaja to perfect in a 12-year-old’s voice.

The Big B privately regretted the fact that he couldn’t record in the maestro Ilaiyaraaja’s presence.

But how was the Big B or the director Balki to know that the recording in Mumbai would go kaput?

Laughing pleasurably from Chennai on Wednesday night Balki says, “I guess someone up there was listening. Our recording in Mumbai of Amit-ji’s number composed by Raja Sir suffered a leakage in the headphone. The song had to be re-done. So here we are in Chennai. We’ve just recorded the title number again, this time with Amit-ji and Ilaiyaraaja face to face. It was a historic moment.”

The Big B rendered the number perfectly prompting the musical maverick from Chennai to wonder how a 67-year old man could sing the number in a 12-year-old’s voice so perfectly.

Balki and Mr. Bachchan wanted to keep the very special recording a secret and reveal the coming together of the two super-stalwarts at a later time.

In fact when Mr. Bachchan flew to Chennai on Wednesday morning it was officially said he was in the city for the promotion of Paa.

But after a hectic day of promotion in the evening he sneaked into Ilaiyaraaja’s studio to create history. The Big B has earlier sung compositions by Shiv-Hari, Aadesh Shrivastava, Rajesh Roshan and Vishal Bhardwaj.

Singing in front of Ilaiyaraaja was unthinkable for him. “But he did it. And Raja Sir couldn’t believe what he heard,” says Balki.

Previous post: Navya Nair to get married with Santhosh