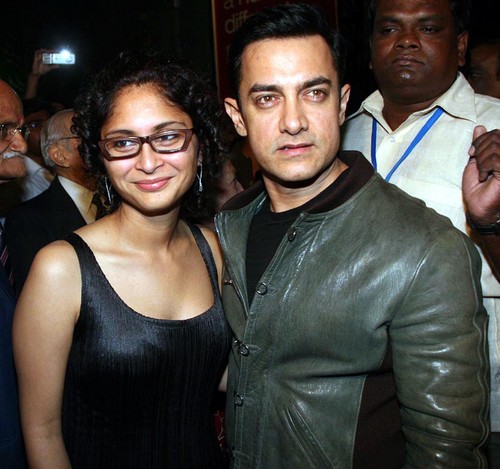 It looks like it will be another year at least after 3 Idiots and his own home productions Dhobi Ghat and Delhi Belly before Aamir Khan will sign another new film.

Since the release of Ghajini in December 2008 Aamir has not signed on the dotted line for any project. In fact Aamir had decided to take one full year off after Ghajini to rejuvenate himself. After the tough physical and emotional preparation for Ghajini, Aamir just wanted to relax and spend time with his wife and children.

That’s precisely what he has done for the last one year. But now Aamir would be taking one more year off. This next one-year would be devoted to putting his three home productions in order.

Says a source, “Aamir had earlier decided to take one year off. But now he has decided to extend his sabbatical by one more year. Filmmakers who have approached him with projects have been told that Aamir intends to take approximately one more year to supervise the post-production and final look of the three films that he has produced in 2009, namely Abhinay Deo’s Delhi Belly, Anushka Rizvi’s The Falling and Aamir’s wife Kiran Rao’s Dhobi Ghat.”

Aamir feels all three projects need serious fine-tuning and have been delayed because he has been busy finishing and promoting 3 Idiots.

Says the source, “The only way Aamir feels his three productions can be completed and released in 2010 is if he sets aside all his own acting assignments to look into them. So he isn’t signing any films in 2010 either.”

Says the source, “It requires guts to say no to the best roles going in Bollywood and to a reported fee of approximately Rs. 30 crores per film. But Aamir suffers no security pangs about not signing films. He told a friend he would work at his own pace, no matter what the temptation or provocation to take on extra work.”