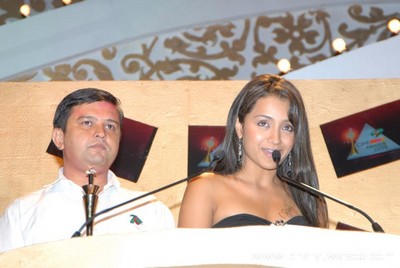 The film, directed by Selvaraghavan had Venkatesh and Trisha in the lead roles is a blockbuster hit.

The movie, is being remade in Tamil in the name of ‘Yaaradi Nee Mohini?, starring Dhanush and Nayantara in the lead.

At present, Abhiyum Naanum, Kuruvi are Trisha’s forthcoming big releases for this summer.