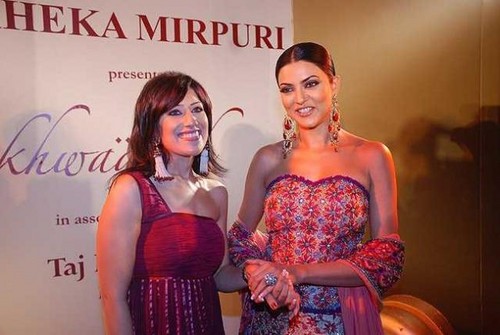 After actresses Khushboo, Reema Sen and Shilpa Shetty, now it is the turn of Bollwood diva Miss Universe turned-actress Sushmita Sen to do the run-around of courts in Tamil Nadu over comments on “pre-marital sex” to a magazine.

The Madurai Bench of the Madras High Court issued notice to her on Tuesday, while admitting a criminal revision petition taking exception to her comments that “no Indian has chastity or virginity anymore“. She purportedly said this in a TV interview.

The petition was filed by Advocate S Greesh Kumar following which Justice A Selvam issued notices to her and Tamil daily Dina Thanthi which published the transcript of the interview.

So Sushmita is certainly not the first actress to be targeted – and lawyers will have no qualms about doing it again and again! Their excuse – “We are lawyers and we give cases according to what our clients ask us,” in the words of advocate Peter Ramesh.

Khushboo used to say that, rather than doing her job she was running from one court to another. Legal experts feel that the only solution to put an end to such an obsession is that courts should Stop accepting such petitions.