Snigdha, the girl from delhi who sizzled in the item number song “Kathaaza Kannale” in Mysskin’s blockbuster Anjaathey, became his heroine in Nandalala.

She has been offered a role in Lawrence’s Rajadhi Raja, which is said to have 6 heroines, and she has accepted the chance. In fact, the role offered to Snigdha is the one that Sandya stepped out of. 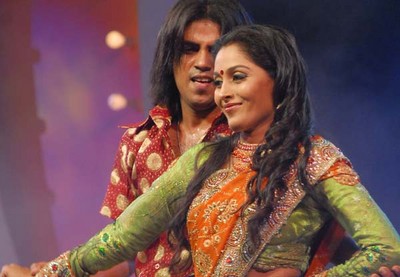