Actress Simran is to play 14 different avataar’s in her forthcoming tele-serial titled as Navavelli. Produced by Pyramid Saimira, the serial will be telecasted in Jaya TV from June 30, Monday. Simra is taking Kamal’s 10 roles in Dasavatharam!

Simran comes in 14 ‘Avataar’s of Amman as she fights for justice and instills spiritual faith in her followers.This serial comes in the moth of Aadi, the most auspicious one for Tamil women. 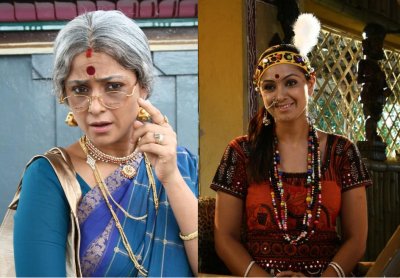 “I know the importance of Aadi and how Tamil women give importance to this auspicious month. That is why I was so disciplined while the portions were shot.” says Simran who strikes back again in Tamil cinema.