Shriya to pair with Kamal Haasan in Marmayogi

Shriya, who acted opposite Rajinikanth in ‘Sivaji’, is thrilled as she has been approached to act opposite with Kamal Haasan his next big budget project Marmayogi.

‘I was thrilled when they approached me to act opposite Kamal sir in Marmayogi. Kamal is an outstanding actor, who lives life for cinema. To be part of his project will be a delight for any actress, said Shriya. 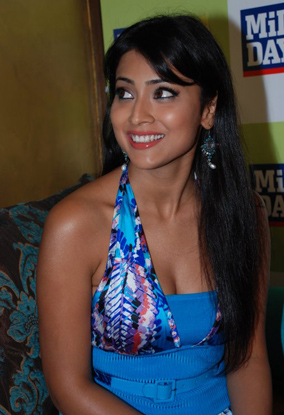 Since she has already committed to do a couple of projects including Kandasamy, Jaggubhai and a Hollywood film produced by Ashok Amritraj , The other End of the Line — she need to squeeze some time in between to be part in Marmayogi.

However, talks are still on and nothing has been finalized yet.