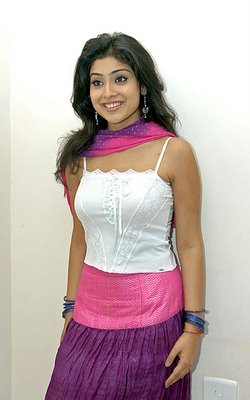 Shriya has denied the rumor, which says she walked out from the sets of ‘Kanthaswamy‘ refusing to act in a kissing scene.
She says it is a ?baseless? as there is no kissing in the movie at all.

Shriya also denied the rumour, which says she is in love with a Hollywood actor Jesse Metcalfe. Shriya is pairing with Jesse Metcalfe in the Hollywood movie The Other End of the Line.