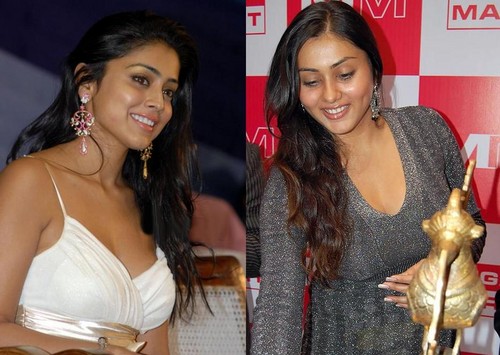 The Tamilnadu assembly spent considerable time about the controversy over Tamil actress Shriya and Namitha’s outfit.

Velmurugan was referring to Namitha’s wardrobe in the popular dance show Maanadu Mayiladu on DMK owned Kalaignar TV, where she is one of the judges for the programme. And Shriya‘s attires at various events including the recent Sivaji Silver Jubilee Function attended by Chief Minister M.Karunanidhi.

The Electricity Minister Arcot Veerasamy said that no dress code could be enforced through a law. “All that we can do is to advise them to be appropriately dressed for the occasion“. said Veerasamy

Namitha and Shriya got free publicity.