Shilpa Shetty (1975-06-08) (age33) long leg beauty of Bollywood has received the prestigious Global Cultural Diversity Award in the UK for bringing about understanding of diversity and met the British PM Gordon Brown at downing Street.

Shilpa considers it to be a privilege for the honour bestowed on her. Jackie Chan was honoured with The Global Cultural Diversity Award last year and I have been chosen this year and I feel truly admired and respected, she says.

She bagged the Global Diversity award along with formula 1 driver Lewis Hamilton for bringing about understanding of diversity. 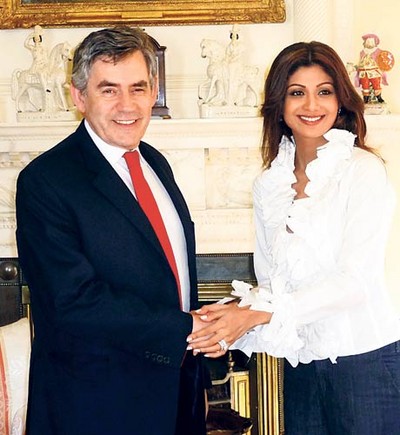 Shilpa visited Downing Street after that to meet the British Prime Minister Gordon Brown at his residence! “It was such a privilege meeting him,” says Shilpa Shetty.