Atress Sarika’s performance in Parzania in which she plays the role of a Zoroastrian woman who loses her child during the 2002 Gujarat riots in India, fetched her the National Film Award for Best Actress in 2005. 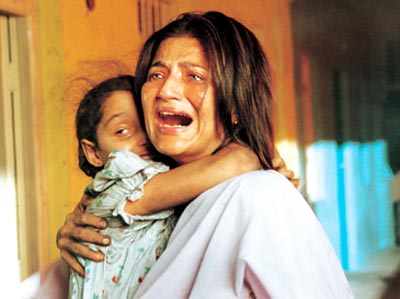 Sarika has now made a comeback in Hindi films after her divorce with Kamal Hassan, together they have two daughters, Shruti Haasan and Akshara hassan

Santosh is not only one of the finest cinematographers that we have, but also a wonderful director. He is the kind of technician with whom every actor needs to work at least once, to see how easy it is to do good work.