In November, Gurumurthy, a Hindu Munnani activist filed case under section 295 and 295(A) of the Indian Penal Code against Actress Kushboo alleging that she was seen sitting with her chappals in front of idols of goddeses-Lakshmi which hurted the sentiments of the Hindus at the film pooja of Vallamai Thaarayo function in Chennai. 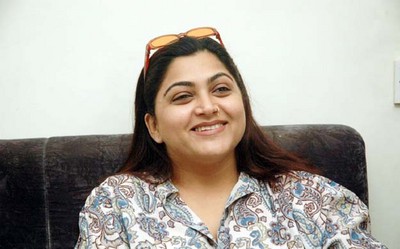 Due to the infamous Kushboo’s incident, arrangements were made at the Vallamai Thaarayo 100 days functions, celebrities were instructed to remove their slippers and come to the place where the Goddess statue was placed. 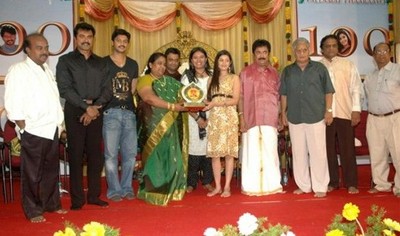 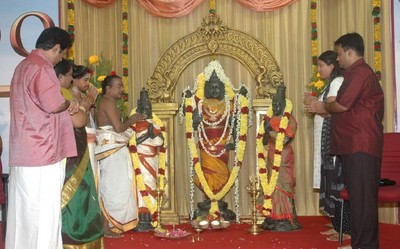 Here are the photos from the trouble inviting event?

That’s not the end of troubles for Kushboo, she is the wrath of political parties and organisations in recent times.

Next post: Rajini, Aishwarya Rai ? The attraction of Goa