Priyamani have been conferred the National best actress award for the lead role she played as an innocent girl in Paruthiveeran by the President Smt. Pratibha Devisingh Patil in New Delhi. 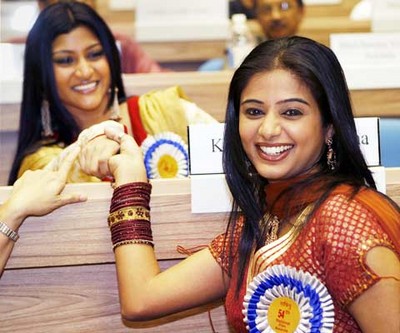 Priyamani, along with National Award, recently won the Filmfare South Award and the Osian Cinefan Award for her work in the Tamil film Paruthiveeran, making it a triple celebration.

She is all set to act alongside her favourite actors Abhishek Bachchan and Aishwarya in the new Mani Ratman film, tentatively titled Ravana – a trilingual to be simultaneously made in Hindi, Tamil and Telugu.