54th National Film Awards for the year 2006 has been delivered by the President Pratibha Patil at the the Vigyan Bhawan in New Delhi on Tuesday in the presence of Information and Broadcasting Minister Priyaranjan Dasmunsi. 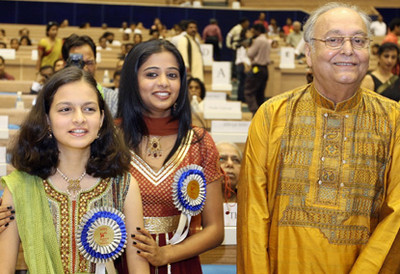