5 ft 9.5 inch tall Ukrainian-born model and actress Olga Kurylenko is the newest Bond girl in Quantum of Solace.
Olga Kurylenko, who grew up in poverty sharing a Soviet flat with her aunt, uncle, grandparents and cousin, is starring as Bond girl opposite Daniel Craig.

British newcomer Gemma Arterton and Olga Kurylenko are the two female leads in this movie. 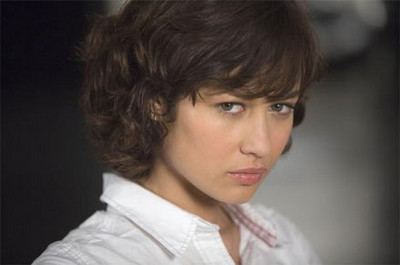 Olga Kurylenko was trained as a model in Moscow, she will speak English and French fluently. In 2005 she made her film debut as Iris, a sensual beauty in Annulaire, L’ (2005) by director Diane Bertrand.

Quantum of Solace (2008) is the 22nd James Bond film by EON Productions, The sequel to the 2006 film Casino Royale, it is directed by Marc Forster, and features Daniel Craig’s second performance as James Bond.

Next post: Birthday Wishes To Amitabh Bachchan – The face of Bollywood