Actress Nayanatara is a Kerala-born Christian girl from Tiruvalla (born 8th November 1984), and her real name is Diana Mariam Kurien , she had done her B.A. in English Literature and when she was preparing for Chartered Accountancy she made her way into film. 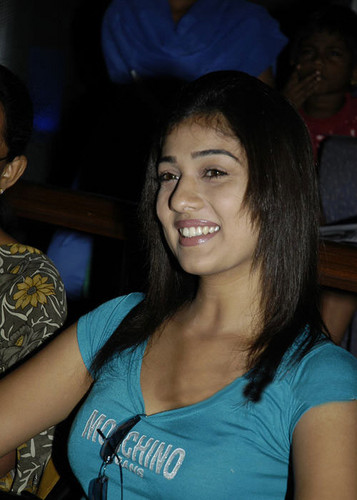 Her debut Film was in Malayalam with Manassinakkare, which was directed by Sathyan Anthikad opposite Jayaram in the year 2003. Then her next film was Vismayathumbath by Fazil, she was the female lead in the Film opposite the super star Mohanlal. This movie gave her lot of popularity. Then again she came in a film called Natturajavu , here again she was paired with Mohanla. This film not only gave her fame but also made Nayanatara as a pet name.

Then the sexy hardworking Nayanatara made a grand way into Tamil with the co- star Sarat Kumar in Ayya and along with Rajinikanth in Chandramukhi.

Nayanatara and Simbhu together worked Vallavan which was successful. then Her films like Laksmi, Tulasi and Dubai Seenu were Telugu, which did well at the box office. Tamil and Telugu made her the super star of whole South India.

Next post: Britney Spears NOT to perform at MTV Video Music Awards