Namitha Made It !- 2nd Most Searched Actress on The Mobile

South Indian sensation Namitha has been declared as the 2nd most searched actress on the mobile according to a latest survey by Google’s 2008 India zeitgeist “Top searches on Mobile” lists. 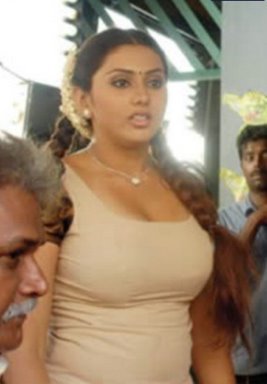 Bollywood Actress Katrina Kaif has been declared as the most searched name on the internet.

Namitha with 30 over films in her credit, has over 2500 fan clubs in Tamil Nadu. Namita besides her films has also gained fame in small screen programme Manada Mailada in Kalaignar TV and got the new TRP Channel rating to the extreme.

Google have compiled some of the highlights from Google searches in India. In compiling the 2008 Year-End Zeitgeist, Google search team studied the aggregation of billions of search queries people typed in to the Google Mobile search box.

Here is the Google list of Top searches on Mobile