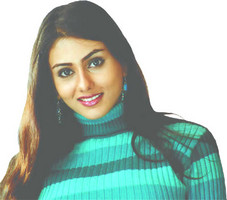 Jaganmohini is to be a horror film. Jaganmohini? will be of Vittalacharya‘s movie released a decades ago.

So we have the chance to see Namitha in horror movies…