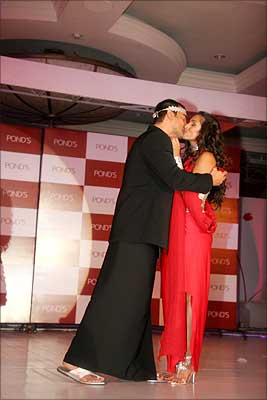 Recently, a Mumbai tabloid splashed a front-page story about the split of Bollywood’s hot couple, Arbaaz and Malaika Arora Khan, but day after the shocking story rocked Mumbai , Arbaaz Khan and Malaika Arora on Friday said it was a publicity gimmick gone horribly wrong.

“It is part of an ad campaign for a product that Arbaaz and I are launching. Rather re-launching. The concept of the ad is that he comes towards the end and re-proposes to me. I don’t know how and when, where they came up with the rest of the story,” Malaika said.