Singer Madonna and filmmaker Guy Ritchie will split their marriage after nearly 8 years. The couple made the announcement in a joint statement released by Madonna’s publicist, Liz Rosenberg. 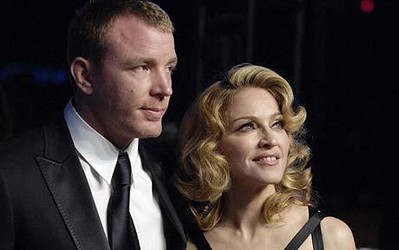 Married in December 2000, Madonna and Ritchie at a Scottish castle, have two children: Rocco (8) and David Banda(3) adopted from Malawi in 2006.

From her relationship with personal trainer Carlos Leon, Madonna also has a 12-year-old daughter, Lourdes,

The couple are going public with their split because they can’t bear to live with the pretence any longer.
It’s very sad. They were a great couple and brilliant parents. They just couldn’t live together any more.Despite huge attempts to patch things up they both knew deep down that divorce was on the cards.

Next post: A.R. Rahman to Host The Big Band Show For Doordarshan