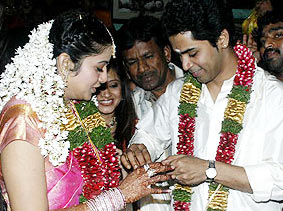 Sangeetha, also known as Rasika, started her career in mid 90’s and had shot to fame in films like Pithamagan, Uyir and Dhanam. She is a judge on Vijay TV’s hit show Jodi No.1, Jodi No.1 Season Two and Jodi No.1 Season Three where the participants are television artistes .