I want to work with Rajni sir says Aishwarya Rai 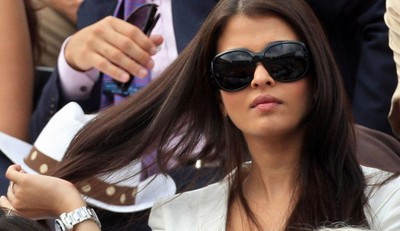 Last week there was a gossip that “Aishwarya Rai is out of Shankar?s ?Robot? ?”, but the gorgeous Aishwarya Rai says that she wants to work with Tamil superstar Rajnikant in Robot.

Here is the expert from the interview why she accepted ‘Robot’:

Ash : It’s a total Rajini-Shankar styled entertainer. There’s no logic as to why I agreed to do it beyond the urge to work with Rajinikanth. Shankar and Rajni sir have approached me for so many films, it’s embarrassing. Ever since we did Jeans together Shankar has approached me for all his films except “Boys”.

Rajini sir, being the senior that he is, has shown no egoistic traits in approaching me for his last four-five films. And my refusal to do his films was never misconstrued by him. I admire him for that. It speaks volumes for his seniority and his calibre as a human being to never take offence to my no.”

Is that why you said yes to Robot?

Ash : This time for Robot it was an immediate yes from me. I just wanted to work with Rajini sir and Shankar. My Jeans with Shankar was a super success. I learnt so much from Jeans and Shankar. Robot, too, will be a learning experience.

Is it a sci-fi film?

Ash : It is hard to define. But technically it will take cinema to another level. I can only say I’ll come away enriched. It’s very important for me to come away with something from my films since I give so much. I want to work with Rajini sir, yaar. He’s phenomenal. Everyone speaks of this experience. I’ll actually go through the experience.