Vijay Mallya, chairman of Force India F1 team, announced a partnership with MTV for launching the first ever hunt for the hottest speed divas ‘MTV Force India…The Fast and the Gorgeous’. 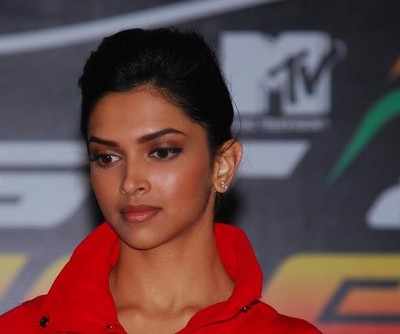 Vijay Mallya has roped in actress Bollywood’s sizzling actress Deepika Padukone to be the face of his team.

Deepika Padukone, who is also a brand ambassador of Kingfisher Airlines, said

I think it’s a wonderful concept, the girls not only get to be the face of Formula 1 but they get to travel the world as well 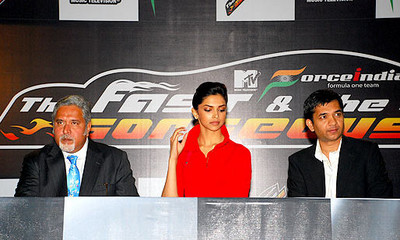 They on the look out for the sexy, stylish & glamorous girls for our brand new reality show MTV Force India The Fast & The Gorgeous!

20 hot women will compete in a race for the ultimate reward – A chance to be the face of the Force India Formula 1 team, travel with them throughout the 2009 Grand Prix, host the after-parties & even feature on the Force India calendar shot by ace photographer Atul Kasbekar!

Visit website www.mtvindia.com/fastandgorgeous where one can register for the hunt.