She has the looks, grace, talent and everything a man wants. The world was at her feet a few years ago, when she won Miss World crown in 2000. Today, she is one of the most-demanded actresses in Indian cinema. Born on 18th July, 1982, to Ashok and Madhu Chopra, Priyanka entered films after winning Miss World in the Tamil film Thamizhan (2001) with Illaithalapathi Vijay. 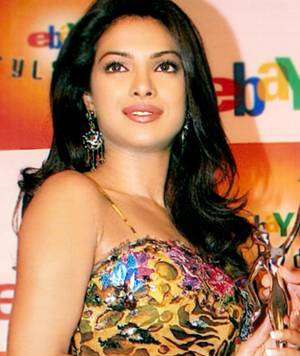 Harman Baweja and Priyanka have been dating for a while. Harman teamed up with Priyanka in his debut film “Love Story 2050”.

Priyanka and other celebrities at IIFA Awards 2008 Photos

We wish the star a very Happy Birthday.