Bipasha Basu says no to Hollywood – WHY ?

29 year old model-turned-actress Bipasha Basu “The sexiest Asian women” is not interested in debuting in Hollywood movies.
She has been offered to act in Sir Ben Kingsley’s film on the Taj Mahal — but she said no. According to her moving to Hollywood would mean starting a new career.

“In Hollywood, I have to start from scratch. I have worked very hard to build my name here(Bollywood) and I’m happy with the kind of work that I’m doing “, said Basu — according to Reuters. 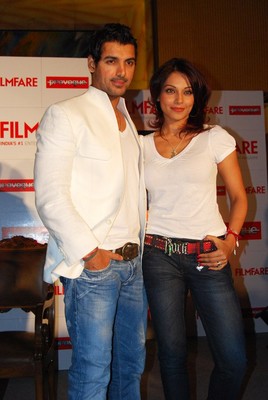 Next post: Dasavatharam releases with 1,000 prints – bigger than Rajini’s Shivaji