Amitabh Bachchan, Abhishek Bachchan, Aishwarya Rai Bachchan, Preity Zinta and Ritesh Deshmukh get set to kick off the first leg of their stage shows in Toronto on July 18, where they will be joined by Akshay Kumar.

The Unforgettable concert will be staged in Dubai in January 2009 as part of the second leg of the tour, which will be from December to February. It will put the stars on stage across Middle East, South East Asia and Australia. 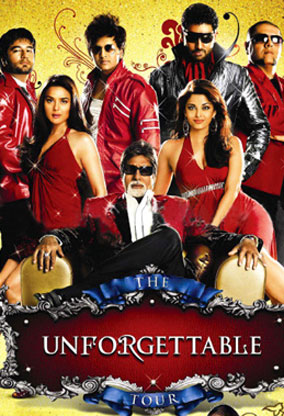