Director Fazil who has introduced some of the biggest names in films in South India is introducing another new face called Aswathy Ashok. 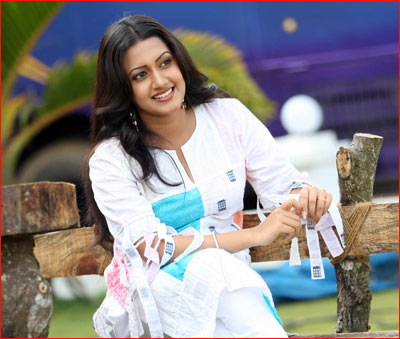 Fazil is the one who introduced Actors like Mohanlal, Nagma, Nadia Moidu, Shalini Ajith, Geetu Mohandas and may others to film industry.

A final year graduate student at St. Theresa’s College Ernakulam, Aswathy was a model and a TV anchor before she became an actress.

Director Fazil spotted Aswathy while she was the hosting Tirai Tendral, a music-based programme on Jeevan TV.

Aswathy Ashok plays the role of Nandana, a bold yet sweet and lovable girl in this film which revolves around two thieves, Moses D. Samuel (Dilip) and Kunninmel Sankaran (Harisree Asokan).

Next post: Birthday Wishes To Rajnikanth – The Emperor Of Indian Cinema