Pretty Actress Asin has bagged the Filmfare Award 2009 for the Best Sensational Debut (Female) for the film Ghajini at the 54th Filmfare Award.

Of course she likes the smell of Bollywood and it’s Glittering awards.. here is the photo to prove it !!!! 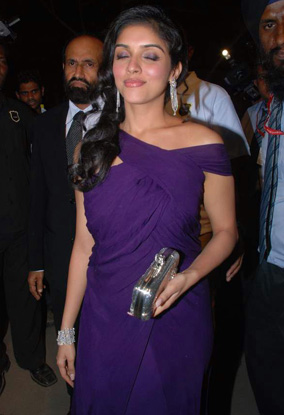