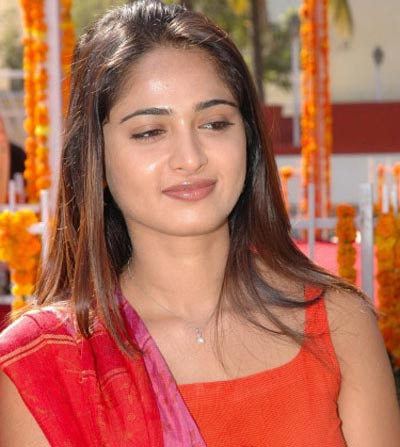 Anushka who acted oposite with madhavan in ‘rendu‘ is busy actress in telugu, she is all set act opposite with all the star heroes especially with the Top 4 of Tollywood(Telugu) heroes .

She acted opposite Nagarjuna and Balakrishna and also did an item song with Chiranjeevi in Stalin. Now, new film she signed opposite Venkatesh (Chintakayala Ravi) she reached the milestone to act opposite all the maga stars.

Anushka was once a yoga teacher before she got into acting profession. “Yoga is secret for of my Beauty“, She told reporters when asked about her beauty.