Anne Hathaway says “Obama I want You to Be the President”

Hollywood actress Anne Hathaway was in Denver at the Democratic convention. She has revealed that she was not really keen on voting for presidential hopeful Barack Obama when she first saw him. 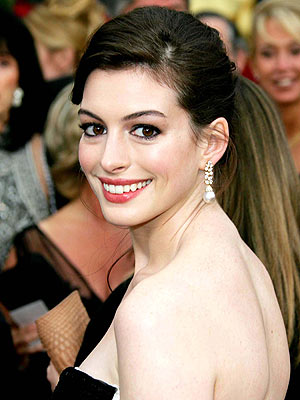 Appearing as part of Holywood’s Creative Coalition, in an interview with the Associated Press Anne Hathaway who recently split from her Italian businessman beau Raffaello Follieri said,

It was around the time that he gave his speech on race that I just said ‘I can’t deny how I feel about you, Barack Obama. I want you to be the president. I want you in the White House.

Hathaway is among the famous faces who are attending Democratic National Convention in Denver.