Question: Shankar looks like an emotional fool when he opens his heart to a girl from America whom he met yesterday?
Ans: May be he has a weakness for worldly beauties.

Comments from Aishwarya Rai Bachchan on above question:
“When you have two people ‘confide’ in each other, it’s such a personal experience, it underlines a deep connection between the two on various levels and makes this obvious to the observer. Here the audience. Given the realistic space in which the characters express themselves which is very much clear in the language of the film (Realistic in acting, dialogue, camera etc.) we chose CONFIDING IN as hugely intimate an experience to convey this deep connection, rather than ‘fans blowing hair and clothes, background aalaaps or song, round trolley movements, or rain out of nowhere and waltzing etc’ to convey this. It’s all in the Eyes of the Characters and in the intense intimacy of confiding!!! That’s SARKAR RAJ!” 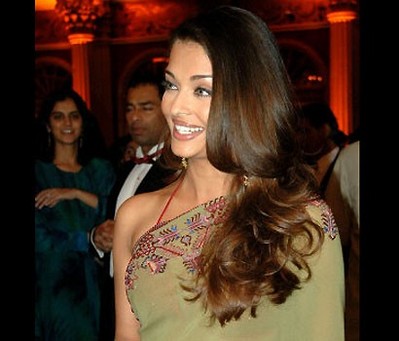