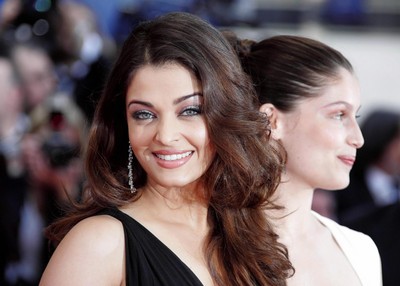 Normally Superstar Rajini movies will be 100’s of gossips. Again he joins hands with Director Shankar in “robot”, so we can expect even more gossips.
According to media reports beauty queen Aishwarya Rai would be paired opposite superstar in Shankar?s ?Robot?. Aishwarya?s name has been associated with Rajini?s films since ?Padayappa?.? Aishwarya Rai Bachan, at the age of 34, still stuns you with her ethereal beauty.

Earlier sizzling 5.9′ beauty Deepika was rumored that she would pair with Rajini… but nothing official.