The gorgeous Aishwarya Rai has made it to the AskMen list of the ‘Top 99 Most Desirable Women in the World‘. The former Miss World was placed at number 60 in the annual AskMen.com poll. 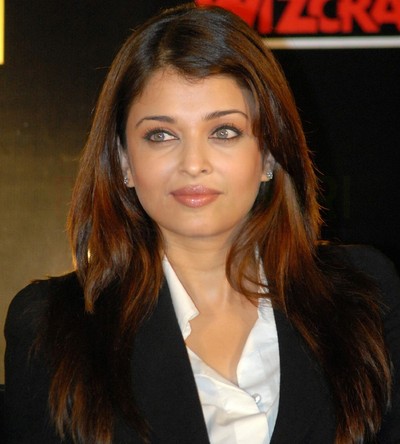 The seductive power of Aishwarya Rai’s beauty is so strong that when she flutters those lashes over her famous blue-green eyes, she kicks up tornadoes the world over. Yet, as a key member of the Bollywood elite, she is virtually required to maintain a wholesome public image; she carries herself around with the modesty and poise of a well-behaved schoolgirl (hot!).

Aishwarya Rai starred in just two Bollywood films in 2008 (far below the industry norm), Sarkar Raj and Jodhaa Akbar. She also received nominations for her role in a 2007 film, Guru; she was nominated for the Best Actress award from the Awards of the International Indian Film Academy, and for the same title from the Screen Weekly Awards. We can look forward to seeing Aishwarya Rai in at least three films in 2009, including Hollywood’s The Pink Panther 2.

More than 10 million votes were cast, and the results are in — a list that includes many of the names you’d expect, such as Kate Winslet, Mila Kunis, and Jessica Alba, while leaving room for plenty of surprises.

Here is the Top Desirable Women in the list