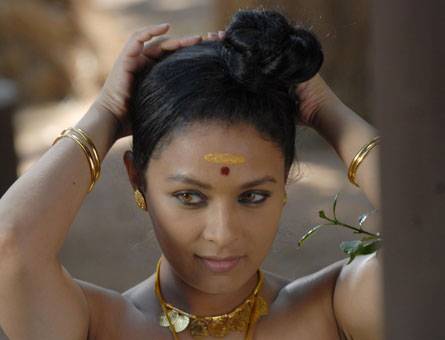 She is making comeback with “Sufi Paranja Katha” in Malayalam film. She wears the sexy traditional dress of Nair girls of the 19th and early 20th century- Mundu and Mulakkacha. In the film she is a Hindu Nair girl who converts to Islam for the sake of love.