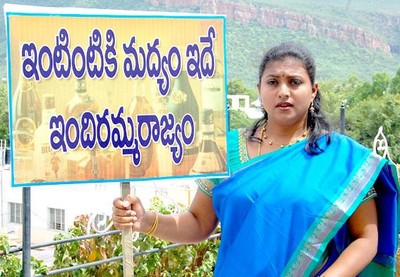 She condemned the government for permitting easy accessibility to liquor due to which the poor and lower middle-class people are more affected.

Roja said that congress party has turned Andhra Pradesh into Madhyandrapradesh to increase its revenue by giving permissions for belt shops in the state. She also said that she has been planning to state wide rally regarding this soon.