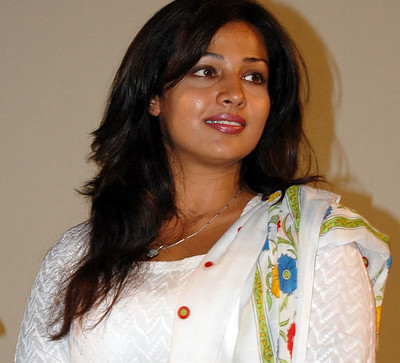 29-year-old Actress Flora Shiny, accused of being involved in a US visa racket, was Wednesday allowed by the Madras High Court to travel abroad. There is a twist and turn with the affair as the court returned her Passport and also allowed to fly abroad.

Flora (a ) Asha Saini was arrested by the Royapettah police on March 10 for allegedly attempting to obtain visa for Srilatha Dudela by fraudulent means ( as her make-up artist ). Within days, the US consulate here had announced that it had detected visa frauds by artists in the Tamil and Telugu film industry and was imposing a lifetime ban on travel to the US on 200 people.

Flora was later released on bail. The actress has done an item number in superstar Rajnikanth’s forthcoming release Kuselan.

Flora also changed her name as Mayuri by the numerology and prefers to continue the career under the same.

Next post: Sylvester Stallone and Kareena Kapoor get close !