Popular actress Arti Agarwal entered into wedlock with Ujwal Kumar on 21, Nov, 2007. The actress, who once dated Tamil actor Tarun, was dressed in a pink and blue crepe sari, while the groom was dressed in a dark brown kurta and a pagri. She married the NRI banker at the Arya Samaj in Ranigunj. Both the families were present at the venue. No invites were sent out to the media. 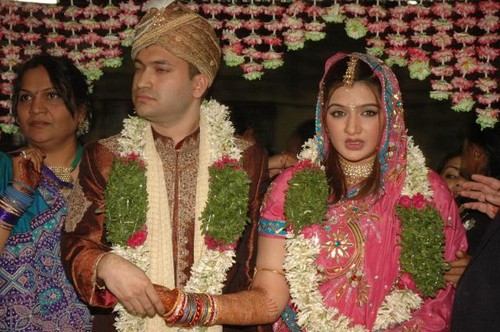 We wish the actress a very happy married life !