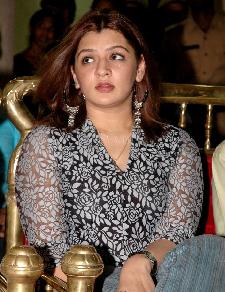 It’s an era of South Indian actresses divorcing their spouses. First it was Malayalam actress Kavya Madhavan splitting up with Nischal and then Sonia Agarwal with filmmaker Selvaraghavan. Now, it’s Telugu actress Aarthi Agarwal hitting headlines for the same reason.

Aarthi married Tasval Kumar, US based Software engineer in November 2007. Both of them lead a happy married life, but not for a long time. All of sudden, Aarthi flew all the way down to Hyderabad stating that she’s going to divorce Tasval. Also, she has decided to continue her acting career and is bound to get a lot of offers.

It’s worth mentioning that she was in love with actor Tarun and unable to bear the breakup, she had even attempted suicide. Later, her parents arranged for the marriage with Tasval Kumar.