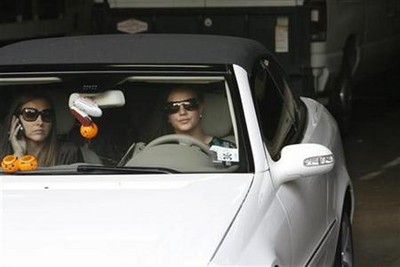 According to TMZ.com, Britney herself told police that one of the cars tried to “run her off the road,” driving ridiculously fast and making “dangerous lane changes.” Four drivers were arrested.

The cars were following Spears car too closely and traveling at unsafe speed. They also made several unsafe lane changes. Police officers stopped the Mercedes, interviewed Spears and released the 26-year-old pop star after verifying her driver’s license.