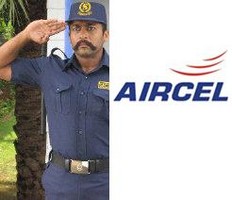 Actor Surya?s new Aircel commercial started rocking on all Tamil channels and movie theaters from Deepavali day. Though it is not new for surya or for his fans, uniqueness is that surya appears in 9 personalities in this one-minute commercial. Manikandan, cameraman of Sharukh Khan?s ?Om Shanti Om? has shot the commercial and Latha Menon of Iris Films is the producer

This commercial captures actor Surya in every personality that the actor encounters during the course of his typical workday.

In fact this new commercial has lots of crisp and fun.