Rajinikanth’s remarks of regret on Thursday over his speech on the Hogenakkal row against the Kannadigas have angered the Tamil Film Industry men.

Tamil Film Artistes Association president Sarath Kumar went on saying that it is a selfish act by Rajinikanth. 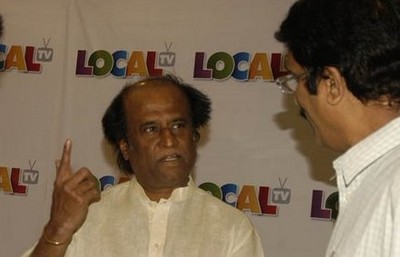 I wouldn’t appeal for an apology for I couldn’t see anything wrong in those statements, If I am in Rajini’s position, I would happily compensate my producers and distributors from my own pocket rather than apologise to them. His U turn is a disgrace not just to him but also to his fans.

Rajnikanth has taken in to consideration the welfare of the film’s producers and distributors.